Activision has decided to back the Nintendo Wii U console and has confirmed six new games to be optimized for the Japanese gaming system.

Considering the Wii U has not been selling terrifically worldwide since it’s epic release, there was doubt over a number of video game developers supporting the troubled machine.

One shooter of note in (Call of Duty: Ghosts) has not been confirmed for the console up until now. The full list of all six games that have been announced for Nintendo’s system can be seen below.

Wii U Call of Duty Ghosts

COD Ghosts will come with a second-screen Wii U GamePad gameplay and total support for the Wii Remote. It will be out at the exact same date as the other platforms on November 5th 2013.

Wii U owners will be completely ecstatic at the news of more titles being confirmed for the console. There’s been a huge lack of game releases since a lot of developers have decided to pull out of releasing their games on the poor selling machine.

EA Sports are one of the biggest names to pull out of offering their support to the Nintendo flop. They’ve already announced way back in May that Madden NFL 25 and FIFA 14 won’t be making their way to the Wii U.

Additional third party developers are expected to announce more titles to make their way to the system in the not too distant future. 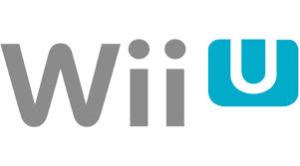